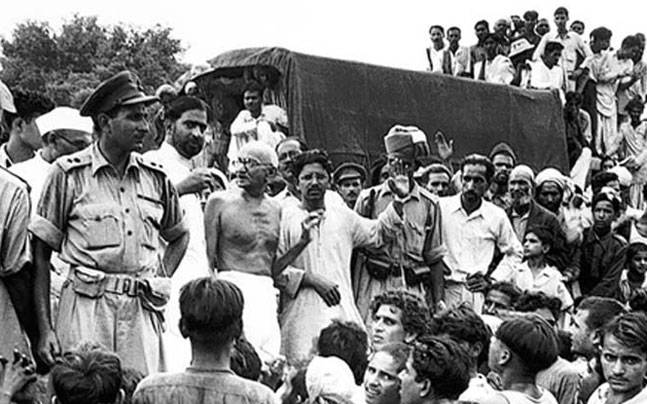 Every Class and Group felt effects of colonisation differently and their experiences varied and notions of freedom for everyone was not the same for everyone always.

After 1919, National Movement in India spread through new areas and social groups. To understand that it is necessary to analyse the Impact of World War I on India as at that point of time Britishers ruled India and Britain participated in WWI:

Mahatma Gandhi introduced the idea of Satyagraha in India on his return from South Africa, he was inspired by the method of mass agitation used by the people to fight against the racist regime. Satyagraha focused on the power of truth and need to search of truth. He felt hat physical force was not necessary to fight the oppression. Therefore, the idea of Non – violence also emerged where oppressors were forced to see the truth instead of being forced to accept it.

What is it: An act was passed through Imperial Legislative Council despite united opposition of Indian members as the act provided:

Reaction of people: A non – violent civil disobedience against the act was started by Mahatma Gandhi on 6th April. Rallies, strikes or hartals were organised in various cities. British Government got alarmed at seeing such protest and unity among people.

Mahatma Gandhi realised to attain freedom it was important to unite Hindus and the Muslims and he saw this opportunity in the Khilafat issue.

KHILAFAT ISSUE: WWI ended with the defeat of the Ottoman Turkey and a harsh treaty was to be imposed on the Ottoman Emperor (who was the spiritual head of Islamic world also called Khalifa).

A committee was formed to defend his powers in Bombay in 1919 called Khilafat Committee. Its young Muslim leaders Muhammad Ali and Shaukat Ali when discussed this issue with Mahatma Gandhi he found this to be the base of unity among Hindus and Muslims.

September 1920  Calcutta session it was collectively decided by all the leaders that there is a need to start a non – cooperation movement in support of Khilafat & Swaraj.