Chapter 5 – The Hundred Dresses – I

Where in the classroom does Wanda sit and why?

Wanda sat in the seat next to the last seat, in the last row, in Room Thirteen. She sat in the corner of the room where the rough boys who did not get good marks sat. It was also the place where there was the most scuffling of feet, most roars of laughter when anything funny was said, and most mud and dirt on the floor.

Where does Wanda live? What kind of a place do you think it is?

Wanda lived at Boggins Heights. It seems that it was a place far away from the school and also, where there was a lot of dry mud, thereby indicating that it was not a very rich locality.

When and why do Peggy and Maddie notice Wanda’s absence?

Peggie and Maddie noticed Wanda’s absence after three days, i.e., on Wednesday. They finally noticed her absence because Wanda had got them late for school. They had waited for her in order to have some fun, but she did not turn up.

What do you think “to have fun with her” means?

In this context, ‘to have fun with her’ means that Peggy and Maddie would have made fun of Wanda and teased her for their own pleasure.

In what way was Wanda different from the other children?

Wanda was different from other children. She did not have any friends. She came to school alone and went home alone. She always wore a faded blue dress that did not fit her properly. Unlike other children, she did not talk to anybody.

Did Wanda have a hundred dresses? Why do you think she said she did?

No, she did not have a hundred dresses because she was poor and wore the same faded dress to school everyday. Probably, it was a child’s fantasy to possess a hundred dresses—a child who had only one dress to wear for school. The other children used to make fun of her poverty, and would have laughed at her whatever she might have said. This could have been the reason for her exaggerating everything.

Why is Maddie embarrassed by the questions Peggy asks Wanda? Is she also like Wanda, or is she different?

Maddie was embarrassed by the questions Peggy asked Wanda because she was poor herself. She usually wore old clothes, which were handed down by someone else. She did not feel sorry for Wanda. She was worried that perhaps later, everyone would start teasing her too. She thought she was different from Wanda in the sense that she would never claim that she had a hundred dresses. She was not as poor as Wanda. Yet she was afraid that the others might mock her too.

How is Wanda seen as different by the other girls? How do they treat her?

Wanda was different from other girls. She did not have any friends. She came to school alone and went home alone. She always wore a faded blue dress that did not fit her properly. Unlike others, she did not talk to anybody. The other girls teased her and had fun with her. They would surround her, and Peggy would ask how many dresses she had. Wanda would reply that she had a hundred and they would continue teasing her. Then, they would let her go. Before she could go very far, they would burst into laughter. They kept asking her how many hats she had, or shoes, etc. All of them mocked her and made fun of her. 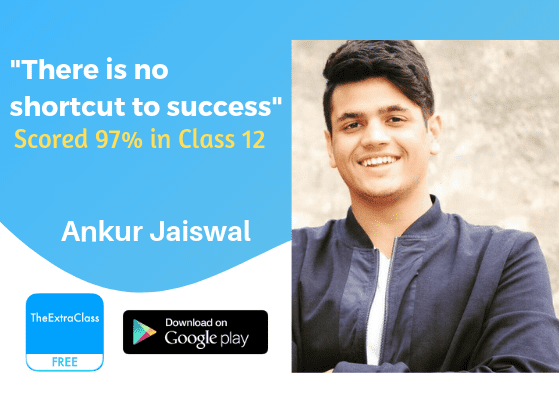 How does Wanda feel about the dresses game? Why does she say that she has a hundred dresses?

Wanda did not show any feelings regarding the dresses game. It is most likely that she was deeply hurt. It could have been one of the reasons why her family left the place and moved to the city.

Probably, it was a child’s fantasy to possess a hundred dresses—a child who had only one dress to wear for school. The other children used to make fun of her poverty, and would have laughed at her whatever she might have said. This could have been the reason for her exaggerating everything.

Why does Maddie stand by and not do anything? How is she different from Peggy? (Was Peggy’s friendship important to Maddie? Why? Which lines in the text tell you this?)

Maddie always stood by and never did anything as she was afraid that if she did, she would be the next target of the children. She herself was poor and therefore, felt that if she spoke against the others, they would target her next. Unlike her, Peggy was a rich girl. This was also the reason why Maddie could think from Wanda’s point of view, but Peggy could not. Maddie was Peggy’s best friend. It seemed as if she was in awe of Peggy. She admired her quite a lot as she said that Peggy was the most liked girl in the room and that she drew better than anyone else. She did not have the courage to go against her. Some of the lines from the text which show that Peggy’s friendship was important to Maddie are as follows.

(i) Peggy, who had thought up this game, and Maddie, her inseparable friend, were always the last to leave.

(ii) She was Peggy’s best friend, and Peggy was the best-liked girl in the whole room.

(iii) Peggy could not possibly do anything that was really wrong, she thought.

(iv) Oh, Maddie was sure Peggy would win.

What does Miss Mason think of Wanda’s drawings? What do the children think of them? How do you know?

Miss Mason said that Room Thirteen should be proud of Wanda as she had drawn one hundred designs of dresses, all of which were beautiful and different. She told the students that in the opinion of the judges, any one of the drawings was worthy of winning the prize. She was very happy to announce Wanda as the winner. As Wanda was absent that day, Miss Mason hoped that she would be back the next day. She then asked the entire class to look at Wanda’s exquisite drawings.

The children also admired the drawings. Everybody stopped and whistled or murmured admiringly. After Miss Mason had announced that Wanda was the winner, they burst into applause, and even the boys were glad to have a chance to stamp on the floor and whistle. Also, just as Peggy and Maddie entered the room, they stopped short and gasped. Later they recognized the designs as those which Wanda had described to them. And in the end, Peggy exclaimed, “…and I thought I could draw.” This shows that she also realized how good Wanda’s drawings were.

Why didn’t Maddie ask Peggie to stop teasing Wanda? What was she afraid of?

Maddie tried to tell Peggy to stop teasing Wanda by writing a note to her. She knew she would never have the courage to speak to Peggy about this matter. As she was writing the note, she pictured herself in the school yard as a new target for Peggy and the girls. She thought Peggy might ask her where she got the dress she had on and she would have to say that it was one of Peggy’s old ones. This was what she was afraid of. Consequently, she ended up tearing the note.

Who did Maddie think would win the drawing contest? Why?

Maddie thought that Peggy would win the drawing contest because Peggy drew better than anyone else. She could copy a picture in a magazine, or some film star’s face so well that one could tell who it was.

Who won the drawing contest? What had the winner drawn?

Wanda won the drawing contest. She had drawn a hundred dresses, which were dazzling with colours, and had brilliant and lavish designs. They were all drawn on great sheets of wrapping paper. They were all different from each other and all beautiful. The judges said that any one of the drawings was worthy of winning the prize.

Combine the following to make sentences like those above.

3. You must break your fast at a particular time (when?). You see the moon in the sky. (use when)

5. Now find a person (what kind of person). His or her name begins with the letter Z. (use whose)

6. Then go to a place (what place?). There are no people whose name begins with Z in that place. (use where)

1. This is the bus which goes to Agra.

2.I would like to buy the shirt that is in the shop window.

3. You must break your fast when you see the moon in the sky.

4. Find a word which begins with the letter Z.

5. Now find a person whose name begins with the letter Z.

6. Then go to a place where there are no people whose name begins with Z.

1. Can you say whose point of view the italicised words express?

(i) But on Wednesday, Peggy and Maddie, who sat down front with other children who got good marks and who didn’t track in a whole lot of mud, did notice that Wanda wasn’t there.

(ii) Wands Petronski. Most of the children in Room Thirteen didn’t have names like that. They had names easy to say, like Thomas, Smith or Allen.

(i) In the given sentence, the italicised words express the point of view of Peggy and Maddie.

(ii) In the given sentence, the italicised words express the point of view of the narrator.

Look at this sentence. The italicised adverb expresses an opinion or point of view.

Obviously, the only dress Wanda had was the blue one she wore every day. (This was obvious to the speaker.)

Other such adverbs are apparently, evidently, surprisingly, possibly, hopefully, incredibly, luckily. Use these words appropriately in the blanks in the sentences below. (You may use a word more then once and more than one word may be appropriate for a given blank.)

1. Surprisingly, he finished his work on time.

2. Hopefully, it will not rain on the day of the match.

3. Evidently, he had been stealing money from his employer.

4. Television is evidently to blame for the increase in violence in society.

5. The children will hopefully learn from their mistakes.

6. I can’t possibly lend you that much money.

7. The thief had apparently been watching the house for many days.

8. The thief possibly escaped by bribing the jailor.

9. Surprisingly, no one had suggested this before.

10. The water was incredibly hot.