Summary of From the Diary of Anne Frank NCERT Class 10th

Introduction to From The Diary of Anne Frank: Anne Frank was a German born Jewish girl whose family was hiding in Amsterdam during WWII as Nazis gained power and they killed the Jewish people on the orders of Hitler.

Anne Frank describes that she started writing diary when her father gave her a diary on her 13th Birthday and because she did not have any friend to confide in therefore, she treated her diary as her long – awaited friend and named her Kitty. She writes that after her grandmother expired, she missed her a lot. In her diary entry of 20th June,1942 she describes her school life where on that day there was a lot of hustle bustle in class as there was a meeting of teachers that was being held where it was to be decided which student was to be promoted or demoted. 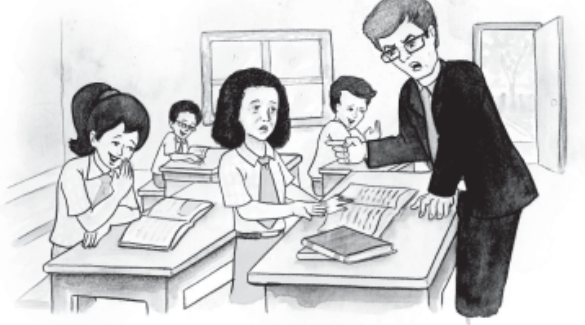 Anne Frank was only scared for her one subject Maths and that too because she did not like Mr.Keesing as he gave her extra homework because she talks a lot. She was assigned the topic – A Chatterbox on which she was to write her first essay. She decided to justify her habit of talking excessively by writing that it is the traits of students to talk and that she would try to control but it seems impossible for her to do so as even her mother is very talkative and nobody can do much about inherited traits. Mr. Keesing enjoyed her essay as it was hilarious

Few days later Mr. Keesing gave her another topic to write essay upon and this time it was ‘ An Incorrigible Chatterbox’. Anne Frank completed her essay this time as well and for few days Mr. Keesing did not say anything to her but after two three lectures he asked her to write an essay on the topic – “Quack, Quack, Quack said Miss. Chatterbox. This time Anne Frank decided to write the essay differently as she wanted the joke to be on Mr. Keesing and not herself this time. Her friend Sanne who was good at poetry agreed to help her by writing it in verse. So Anne Frank told the story about a mother duck, father swan and three baby ducklings who were bitten to death by their father as they quacked too much.

When Mr.Keesing read this he took the joke in the right manner and from that day Anne Frank was never asked to do extra homework and  keep quiet in class.