About the Author: Liam O’ Flaherty was an Irish novelist and short story writer.

Theme of the Story: The story revolves around the idea that one should bravely face their fears and never give up.

The story revolves around a young seagull who is afraid to fly despite the fact that his younger siblings have already taken their first flight and are now flying fearlessly. Although he feels a little disappointed when he sees his parents encouraging his siblings to fly and perfecting their art of flying  still he couldn’t gather the courage to trust his own wings and fly. Even his family taunts him and calls him a “coward”. 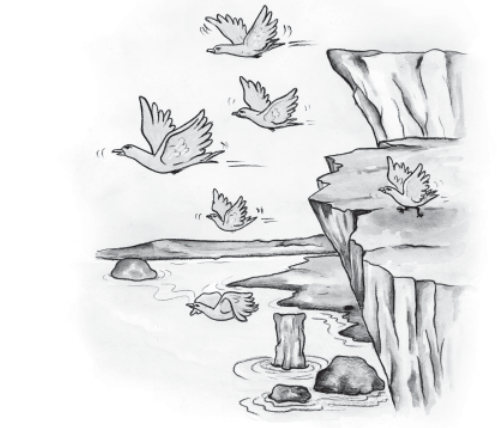 Everyone in the family ask him to at least give a try or else they will isolate him to hunger. The next day same happens with him his family left him alone and did not give him food to eat, therefore he tried to seek attention from his family members he cries and wishes his mom to help him.

Finally his mother who is about to eat a fish notices him and comes to him with the fish, seeing her coming towards him he gets excited , but all of the sudden after reaching so close to him she stopped and this maddened him as he thought that if she could come a little closer he would take the fish from her and eat. 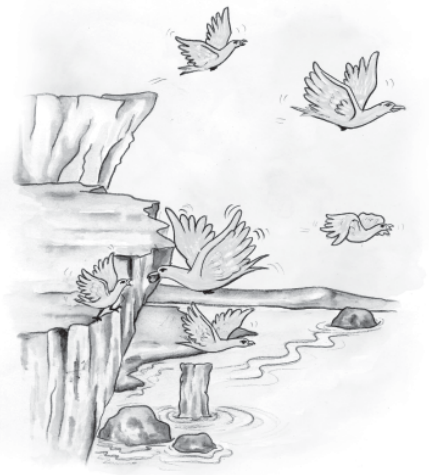 So now he takes a dive at the fish forgetting that he did not knew how to fly and was afraid of it, for a moment he felt that his heart stood still but in the next moment his wings were cutting through the air and he was flying in the sky and this is how he finally  took his first flight. Finally, he took his first flight. His family rejoiced and celebrated his victory by cheering and dancing around him. Soon now he was even floating on sea and he did not sink, his family praised him and offered him scraps of dogfish too!