About the author - Vallikannan is pseudonym of R.S Krishnasamy’s. He is an Indian Tamil writer, journalist, critic, translator.

Theme of the story - Through Valli in Madam Rides the Bus,  Vallikannan depicts the curious nature of the children. The story also shows that how easily children are fascinated by new things and their curiosity doesn’t end without them experiencing the delights of fantasy life in their life. Just as we see Valli has a desire to go on a bus ride and she manages to go all alone. The experience of her first bus ride has been depicted by Vallikannan in a humorous and rambling way. Through the story, we get to see the world from the perspective of a child. 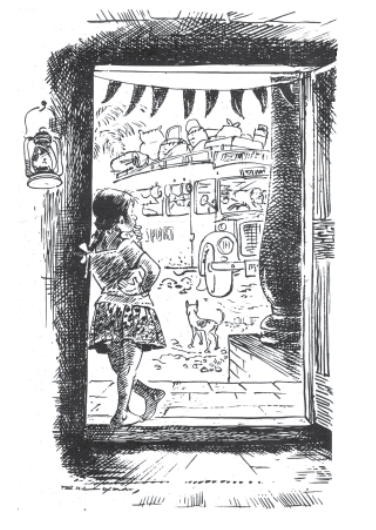 Valli is an eight-year-old girl who lives near a bus stop in a village and she loves standing in the doorway watching the routines of people at the bus stop. She grows a desire to ride the bus and decides to plan out everything from her expenses to her journey to the timings. She started listening to the conversations between her neighbors who frequently traveled by bus and in the process, would ask a few careful questions here and there to collect more information So she now saves her money for two – way fair which was thirty each side (sixty in total) and plans that it is possible for her to go on a bus ride only when her mother is taking an afternoon nap. 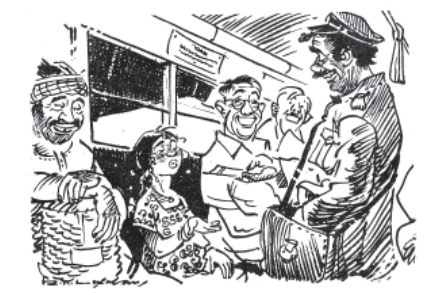 Valli wants to go on this adventure alone like an independent person. So she finally takes her journey and on the way enjoys every bit of it. The conductor and other passengers in the bus are surprised to see a young girl traveling alone but Valli manages everything quite well and in her head, she is not a child and so mockingly the conductor even calls her Madam. She even asks the conductor like an elder person to give her the ticket. On the way, she finds something very hilarious and that is when she sees a cow in the middle of the road panting and running right in front of the bus. The cow was frightened but for Valli this was hilarious. She is careful and on reaching the destination she does not gets down to roam in the town market rather decides to sit inside so that she could now go back as well.

On the way back she saw a cow lying lifeless on the road and she got scared upon looking at the same cow which seemed full of life previously has now turned into something silent and horrible. Her rest of the journey was silent and on reaching home the conductor asked her if she would want to go on another ride someday she is most welcomed, provided she bring her fair along. When she entered the home she found her mother and aunt talking about so many possibilities in the outside world that one might never know. Valli affirmed their conversation and both her mother and aunt were perplexed. She justified that she was just casually agreeing to their conversation.