About the author: Gavin Maxwell was a Scottish naturalist and author who is best known for his non – fiction writing and specially his work with otters.

Introduction to the story: The author lives in a cottage in Camusfearna in Western Highlands in Scotland. Maxwell’s dog died and he did not want to pet a dog again however, he felt quite lonely without a pet and decides to pet an Otter. 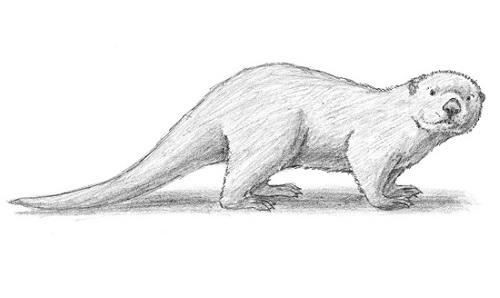 The author as traveling to Basra along with his friend and there he expresses his desire to domesticate an otter. Is friend suggested that he could easily get one near the Marshes of river Tigris in Iraq. Both were going to collect and answer their mail from Europe but only his friend’s mail had arrived. He cabled to England to inquire but this process took time and meanwhile in the days his friend left. Finally, the author’s mail arrived and when he went to the room after receiving it he saw two Arabs with a sack and a note. The sack had the otter inside it and the note said it was a gift from his friend. The Otter was named Mijbil and it took some time for him to become familiar with his new surroundings just like the other pets. The otter was so dirty that it took a month to clean properly and only then his true colors were seen. Mijbil liked playing with the water and slowly started to spill still water everywhere and open taps in the author’s absence. Now the author had to fly to London but the British airlines did not allow to carry animals along so he booked another flight that allowed to carry pet only on one condition and that was it had to be carried in a box.

The author placed the otter in the box an hour before the flight so that it could comfort itself. Meanwhile, Maxwell decides to grab a quick meal but on his return, he panicked as the box was still and Mijbil was still inside the box and had created a mess that resulted in destroying the inner lining and blood drooping out of holes. Author hurried to clean up the mess as they were far away from the airport and his flight was scheduled to take off in ten minutes. He booked a cab and reached on time. He explained all these events to an air hostess which he describes to be very kind-hearted, generous and understanding. She advised him to keep the box with the otter on his lap. Just when he opened the lid of the box to see Mij, it got out and created a chaos in the flight among passengers as they all got scared and frightened. A lady climbed up her chair and in an attempt to get a hold of Mij, the author got himself covered in curry. The kind air hostess offered help and got Mijbil back to the author. 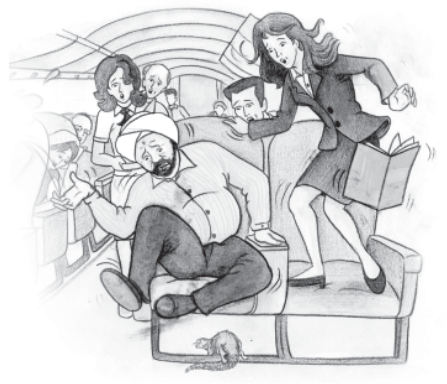 They finally reached London and here Mijbil grew a fondness for marbles and ping – pong balls and even developed a game with Gavin’s destroyed suitcase. This kept him engaged and busy for long hours. However, when he was taken for a walk people would make odd guesses about the otter as they were unfamiliar with otters. .Some called it baby seal, squirrel, rat or even a hippo! However, the most shocking guess and the reaction were when a laborer digging the hoe asked the author, “What is that supposed to be?”